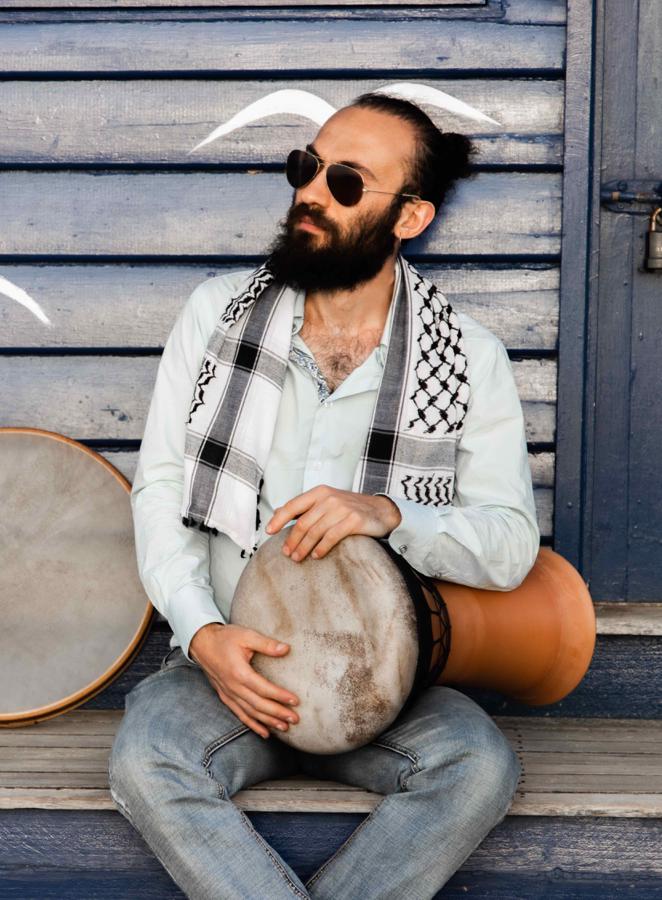 'World Fusion – Middle Eastern/Indian/Latin' Limited Capacity / Bookings Advised / Covid Safe / Ticketed event - $15/$10/ Children Free Ali Baba is a World Fusion Band, which is heavily influenced by Middle Eastern and Indian Music. They harmonise the spicy beats of India with the exotic grooves of the Middle East. They also play Bossa Nova and other world genres, creating a textured rich sound. Percussionist Atman is a World Fusion musician who was born in Turkey and has performed in over 40 countries across 4 continents. His music is a reflection of his multicultural background and his music aims to connect West to East. His music is also an invitation to explore the mysterious realms of the universe. Bharti is an experienced, highly skilled World Musician who has played around the globe including India, Jamaica and Mexico. He has been playing for the last 50 years and mastered guitar, bass guitar and the Indian instrument Dilruba. Ali Baba will delight not only your ears but also your eyes!