Live Show Comedy
MA15 Plus Play trailer
Back To What's On
8:00 pm 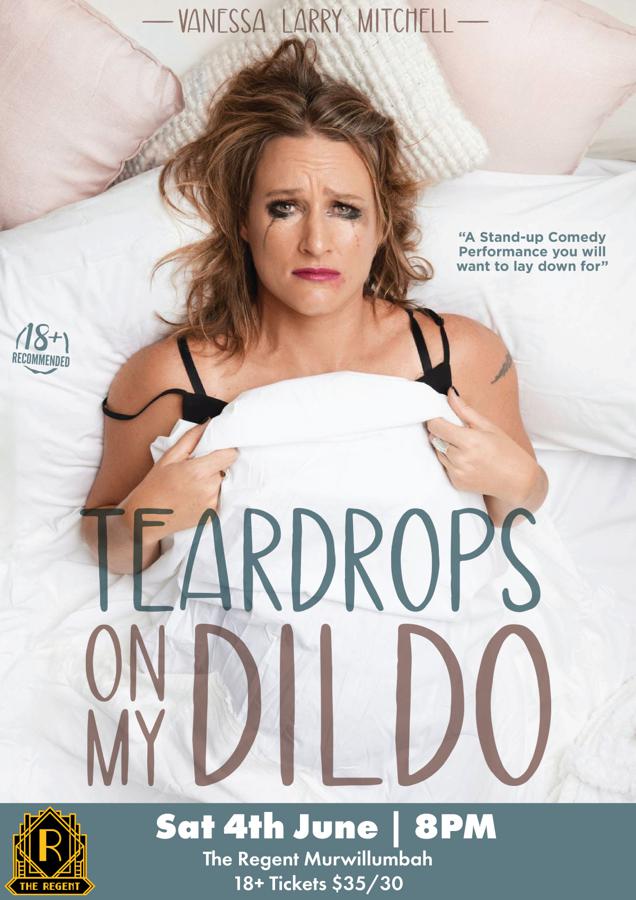 Breathtakingly brilliant, this queen of sass will delight you with her honest accounts of parenting, dating and all things female. If you shouldn't say it in public, you can guarantee she will. Taking a break from her literary project, '50 First Dates' (aptly renamed 'Teardrops on my Dildo'), Vanessa 'Larry' Mitchell is a cannonball of confidence and a firing squad of laughter on the stage.The one woman driver behind Northern NSW comedy club 'Larry Laughs Loud', Vanessa guarantees to leave visual imprints in your brain, of her completely unique signature jokes. She's one of the most sought after comedians on the Northern Rivers and is bringing her solo show straight from her debut at Adelaide Fringe Festival to Mo's Desert Clubhouse, and now to The Regent! Book now!