Drama
G Play trailer
Back To What's On 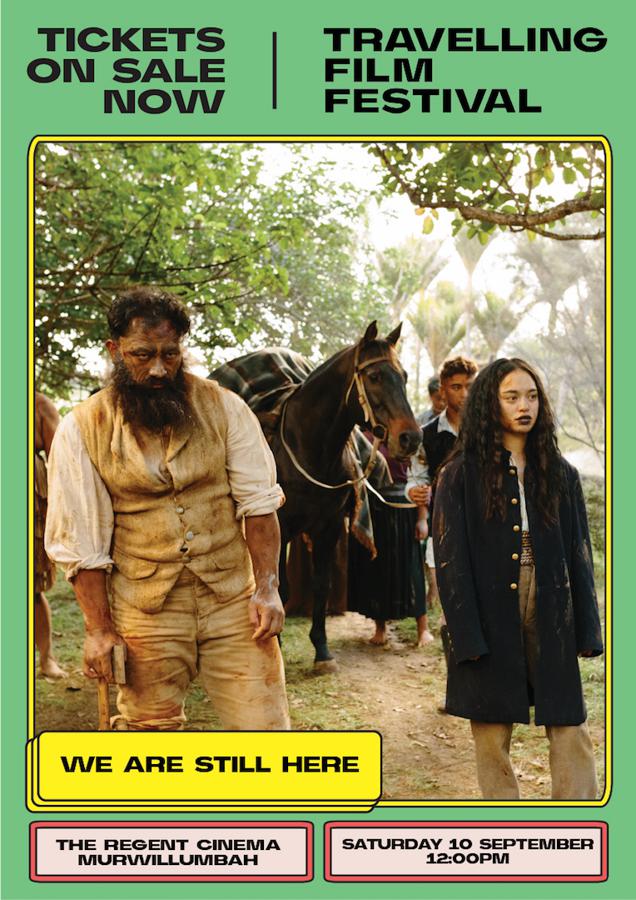 TFF - Sydney Film Festivals Travelling Film Festival presents..... Conceived as a cinematic response to the 250th anniversary of James Cook's arrival in this region, We Are Still Here is a poetic and powerful statement of resistance and survival. Through eight heroic protagonists, the film traverses 1000 years exploring stories of kinship, loss, grief and resilience. It begins with a stunning animation set in ancient times, when a mother and daughter out fishing have a disturbing vision of the future. Then we are taken to 1862 where, in both Australia and New Zealand, Indigenous people confront the prospect of a terrifying future. In 1915, a Samoan soldier finds himself in a perilous situation, but also encounters an unexpected act of kindness. Alongside stories set in the past, there are also contemporary stories of activism, of confronting racism, of romance and of ancestral love. And finally, a vision of a dystopian future. Bringing together a range of genres – animation, sci-fi, romantic comedy, period drama – We Are Still Here is cumulatively a strident story of endurance in the face of colonialism, racism and attempted erasure. It is also evidence of thrilling new First Nations cinematic talent from our region.