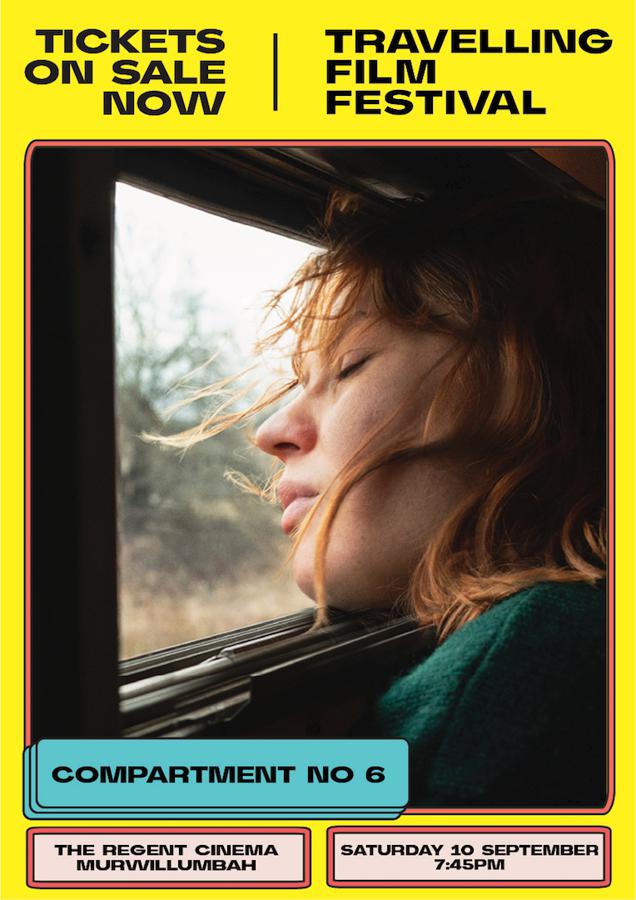 TFF - Sydney Film Festivals Travelling Film Festival presents..... In 1990s Moscow, Finnish student Laura has become lovers with her urbane and glamorous professor Irina. Evidence mounts that Irina is not as serious about their affair as Laura, and when the professor pulls out of a planned joint trip to look at ancient petroglyphs, Laura undertakes the long train journey to Murmansk on her own. In compartment 6, she encounters her companion on the journey: Vadim, a misogynistic, drunken lout who immediately insults her. But as time passes, and the two experience terrain rough in more ways than one, an unexpected bond is formed between these very different people. Juho Kuosmanen, whose debut feature was the charming The Happiest Day in the Life of Olli Mäki, has made a sparkling and inventive film about human connection. Joint winner of the Grand Prix at Cannes