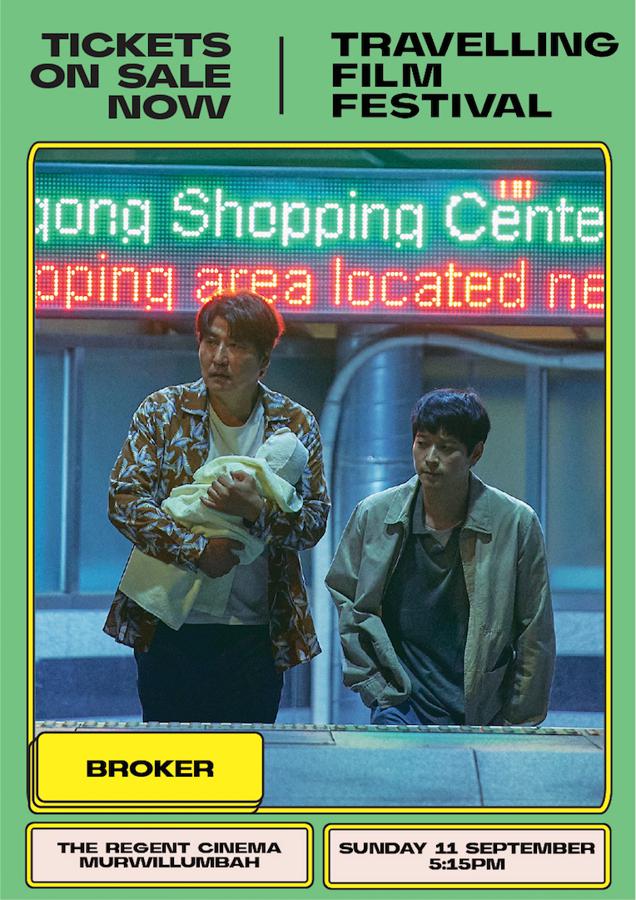 TFF - Sydney Film Festivals Travelling Film Festival presents..... A film at once delightful, funny and heart-breaking from a master filmmaker at the height of his powers. Sang-hyun (Song Kang-ho) runs a laundry shop but is constantly saddled with debt. Dong-soo (Gang Dong-won) works at a 'baby box' facility where mothers can safely abandon their new-borns. One night in the pouring rain, the pair illegally take an abandoned infant with a plan to find it a good home. When the mother So-young (Lee Ji Eun, better known as IU) unexpectedly returns for her son, the men instead convince her to join their plan. The three of them then embark on a journey to find new parents for the baby. Meanwhile, police detective Su-jin (Bae Doona) and her younger colleague Detective Lee (Lee Joo Young) silently tail the group, hoping to catch them in the act. So begins an unusual and unexpected journey for five people, and a baby, brought together by chance. As he did with his Cannes Palme d'Or winner Shoplifters and much of his work – and for the first time in Korean and with some of Korea's biggest stars – Kore-eda focuses on family and connection. Your heart will break, then soar at this warming film. SELECTED: SYDNEY FILM FESTIVAL 2022, CANNES FILM FESTIVAL 2022