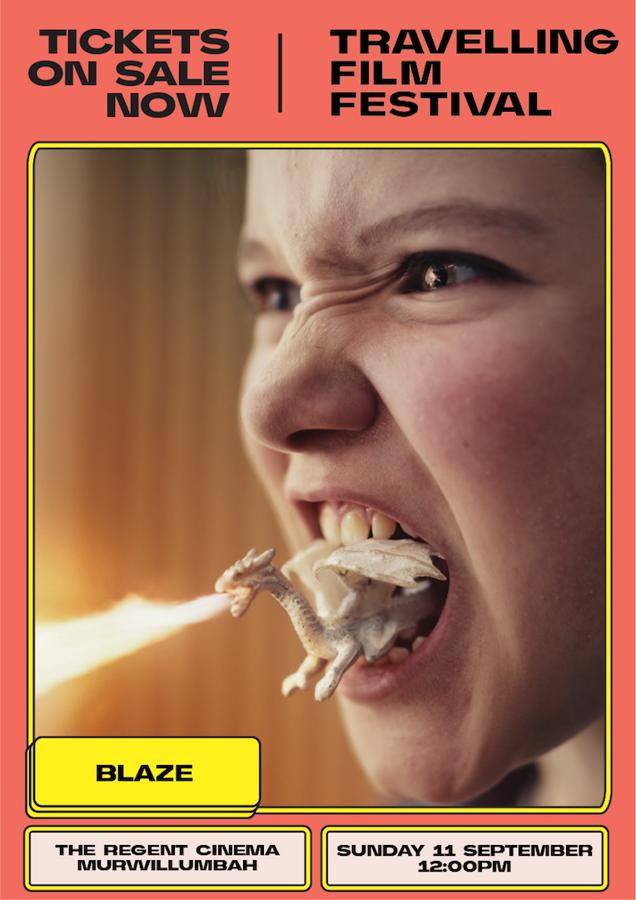 TFF - Sydney Film Festivals Travelling Film Festival presents..... Twelve-year-old Blaze (Julia Savage) is raised by her caring father, Luke (Simon Baker). When she witnesses a brutal crime on the streets, Blaze is faced with conflicting emotions of debilitating fear and a desire for justice. As she spirals uncontrollably, Luke does his best to help her through this crisis, but to little effect. An unlikely saviour enters the picture, a dragon – a magnificent Barton creation – that provides solace and courage to Blaze as she finds a path forward. Savage is fantastic as the teen confronted with an unimaginable crisis; as is Baker playing the parent desperate to fix a problem not easily solved. A rousing and moving film, Blaze is a bold hybrid of live action, puppetry and animation, an ode to female courage and a celebration of the power of the imagination.