Live Music
G Play trailer
Back To What's On
2:00 pm 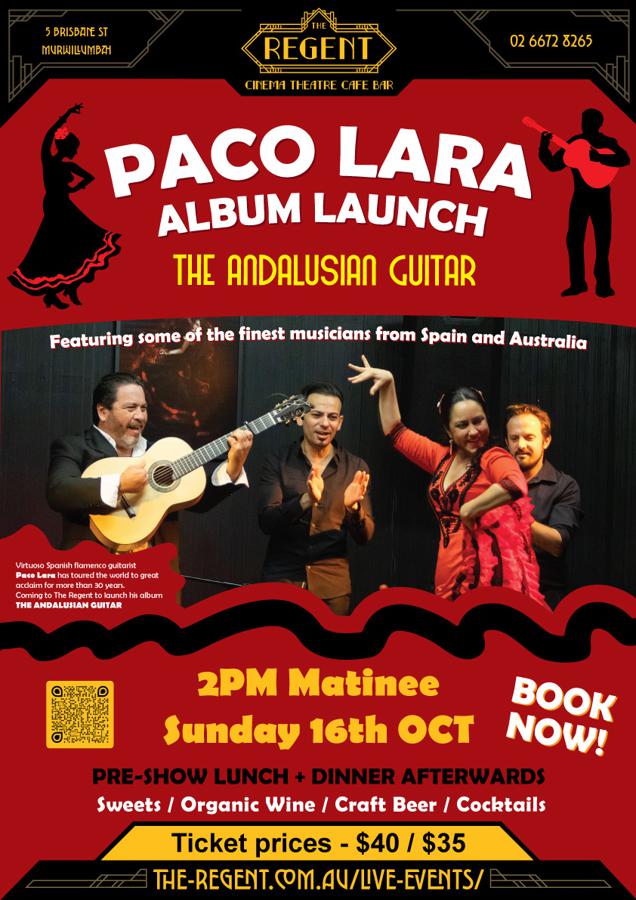 “Magnificently entertaining. Such musicians are rare in this country.” – City News The virtuoso Spanish flamenco guitarist Paco Lara, who boasts of a distinguished career in Europe and Australia of more than 30 years, launches his album “THE ANDALUSIAN GUITAR“ - featuring some of the finest musicians from Spain and Australia. Fresh from his packed-out concert at the Sydney Opera House, the maestro himself and his amazing ensemble can assure you that this is an experience not to be missed! Embodying the unmistakable Jerez style of flamenco guitar playing, PACO LARA presents flamenco guitar in all its authenticity, culture, and artistry. Expect impressive articulation with musical elegance and imagination. Interpretations of themes from The Andalusian Guitar and some of the greatest guitar classics of all time from composers including Paco de Lucía, John Williams, Joaquín Rodrigo, Chick Corea, will be performed with the characteristic and unmistakable sound (“toque") of Jerez (Spain). You will be transported to Southern Spain captivated by the sound of his guitar, flamenco dance and his musicians. Paco Lara has toured internationally alongside some of the best artists in Spain, such as the Maestro Paco Cepero (one of flamenco's most legendary guitarists and composers), Mercedes Ruiz (dancer) and Isabel Pantoja. He has also been at the vanguard of Flamenco Fusion with hugely successful groups such as El Barrio and Los Delinquentes.