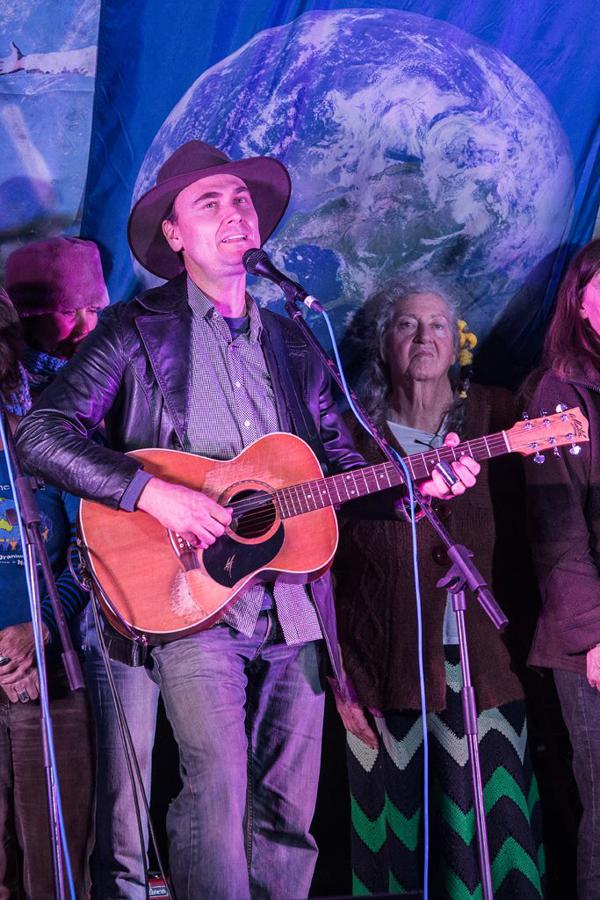 “A peace-busting songman with a story to tell” Luke Vassella is a well known anti-mining troubadour who has graced stages for nearly every anti CSG gig from Tara S/E Queensland, to the Pilliga, Bentley and beyond. With anthemic songs such as The Mighty Dollar with it's deft country swing which won the 'Australia' category at the Australian Songwriter's Association Awards. Luke wears his heart on his sleeve and sings with a beautiful voice. His songs are about the words – an element of the shoeless preacher in his lyrical content, delivered with gentle understatement. Vassella coaxes the listener into his world, laden with sympathy and wonder, pain and beauty. His bottom line message is simple. Do good, hurt not, be kind, champion the lost. Luke Vassella has a large following of diverse fans who feel the real truth expressed in his music. This is folk music in the true sense of the word – the music of the people, the music of the folk. If Paul Kelly had cut his teeth on the anti CSG blockades he could well be writing songs like Luke Vassella.