Action Thriller
MA15+ Play trailer
Back To What's On
7:45 pm 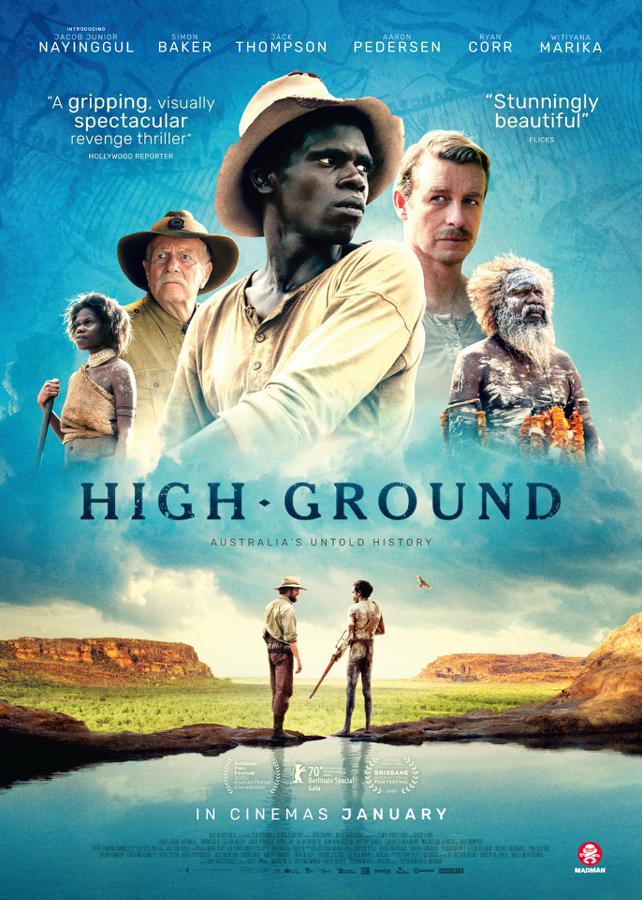 As a bloody war rages in a remote corner of the wild country, Gutjuk, a young Indigenous man tries to save the last of his family, teaming up with ex-solider Travis, to track down Baywara, his Uncle... the most dangerous warrior in the Territory. Together they embark on a manhunt, which unravels a secret that ultimately pits them against each other. Inspired by true events in Northern Australia in the 1930's, HIGH GROUND is a film of immense beauty and violence - an uncompromising confrontation with Australia's colonial past and is one of this year's finest films. "The violence is harrowing, the shoot-outs are riveting, the performances are engrossing, and despite the film's dark subject matter, the film is beautiful to look at with its jaw-dropping cinematography that perfectly captures the indescribable beauty of Arnhem Land." (review Jordan Ellis)