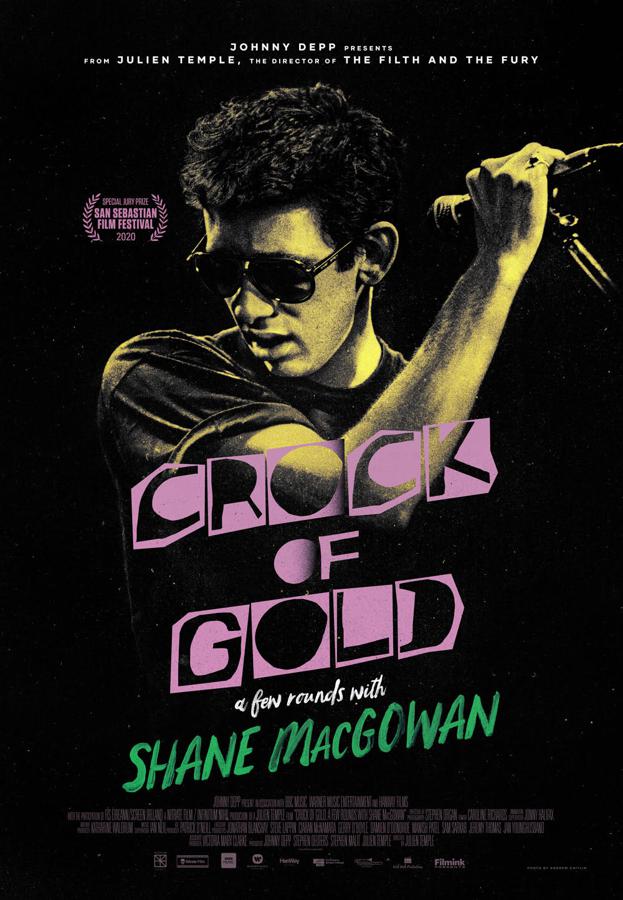 A celebration of the Irish punk/poet Shane MacGowan, lead singer and songwriter of The Pogues, that combines unseen archive footage from the band and MacGowan's family with original animations. From multiple award-winning and critically acclaimed film, documentary and music clip director Julien Temple (Glastonbury, The Filth and the Fury, Absolute Beginners, London: The Modern Babylon) comes CROCK OF GOLD, a feature documentary about the legendary Poet, Punk and Pogue, the unique Shane MacGowan. No one has bared their soul quite like Irish poet and musician Shane MacGowan. Growing up in a culture of strong anti-Irish sentiment in Britain, he has lived life to the hilt and beyond, putting every atom of his humanity on the line with his raw, unflinching and unashamed music. Through creative use of animation; unseen footage from Temple's own archives; and contributions from collaborators, artists and most importantly his own family; the film celebrates Shane's seemingly effortless facility for writing lyrics to some of the world's most listened to songs including “Fairytale of New York”, the world's most popular Christmas song. Shane captures the spirit of Ireland and the mood of the Irish diaspora whilst on his own very personal voyage into the heart of darkness, always with a drink in his hand. The documentary culminates in Shane's sixtieth birthday celebration where singers, movie stars and rock 'n roll outlaws gather for a knees-up to remember. Crock of Gold was awarded the Special Jury Prize for its 'beautiful, poetic, unflinching and unreconciled punk energy' when the film premiered at the San Sebastian International Film Festival last month.